Who doesn't like pleasant surprises? I got one this September when Vinay S Rao, one of my juniors at my college told me that they will be celebrating Software Freedom Day 2011. I was happy, for the fact that the sprit of Freedom and Openness was still alive in my college, and there are people to carry it forward.

Come the day, 17th September 2011, when Software Freedom was being celebrated worldwide, from Boston to Berlin to Bangalore. I must say BMSLUG had really kept up to my expectations with the arrangements. What surprised me even more was the overwhelming response, there had been more than 150 participants where we expected something lesser than 100. 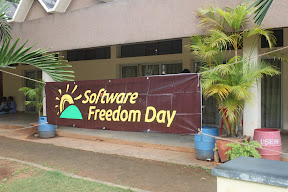 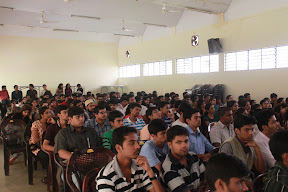 The event was started with Dr Guruprasad introducing the freshers on how the FOSS culture has been going on since years in BMSCE. He also noted about me, “This guy has been physically present in CSE, but his soul was always there with ISE”, he was kinda true

This was followed by Deepak Mittal and Vinay introducting the FOSS philosophy and the reasons why using Linux is useful and effective. I must say that even after it being Deepak's first time experience for a talk, he handled it very well. Next was few words of wisdom from facultly of ISE, namely Anitha ma'm and Rajeshwari ma'm who talked what advantages students will find if they explore the FOSS world. I was surprised because they did their homework very very well, and could explain some pretty good points to the students. 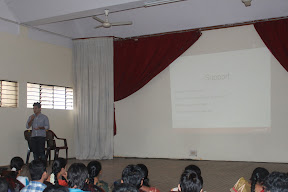 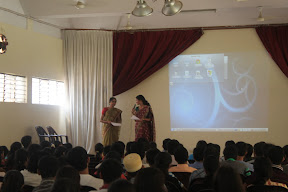 As a small break, we showed the classic Truth Happens video and proceeded to one of the most content-rich and interesting talks, which was on How FOSS Changed the Web by Krishna Bhardwaj, another BMSCE alumni. Attending his talks, even I learnt a lot about some of the stuff I never paid attention to, and people answering his questions was a proof of the fact that they were going to take a lot from the session. 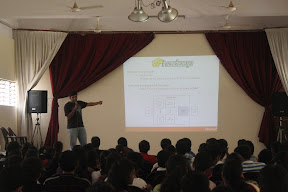 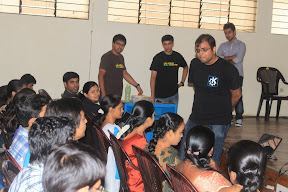 We had a refereshing round of facts and quiz, thanks to Aishwarya and Suhas of ISE. We gave away KDE India badges, stickers, Google pens and few KDE India TShirts (for difficult questions). The part I loved the most was the question which asked people to identify the K logo – it was awesome, nearly 80% of the people raised their hands!

Later, I gave a talk answering the most common questions about Getting Started with contributing to FOSS. As always, I used the antigravity example for BBall plasmoid to show how simple it was to code, especially for those who get a feeling that writing real world code is difficult and/or complicated. 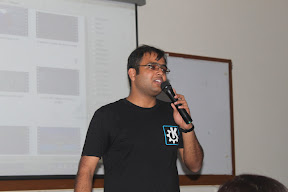 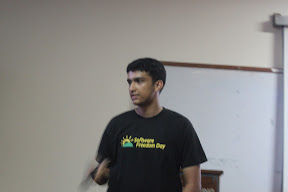 This was followed by Big Buck Bunny and a break, after which we screened Sintel.

The next talks were from our guest speakers, Smit Shah from RV College of Engineering who spoke about The Social Semantic Desktop, and Sinny Kumari from Dayananda Sagar College of Engineering, who alongwith Smit shared their experiences with Google Summer of Code 2011 with the audience. I congratulate both of them of giving an awesome talk, and we feel happy that BMSCE was the place where they gave their first ever talk, thanks a lot to both of you. 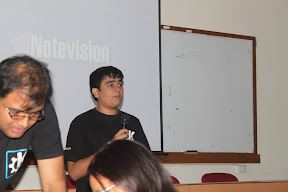 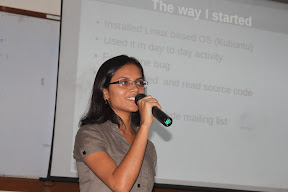 We wanted to screen the full Revolution OS video, however falling short of time forced up to wind up very early.

Everything that has a beginning has and end, but there are some things that must be kept alive, thank you Vinay, Deepak, Shashank, Harsh, Aishwarya, Suhas and everybody else that were a part in making SFD 2011 successful. 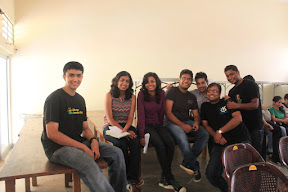 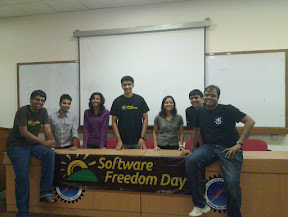 To all of these people, you ROCK!